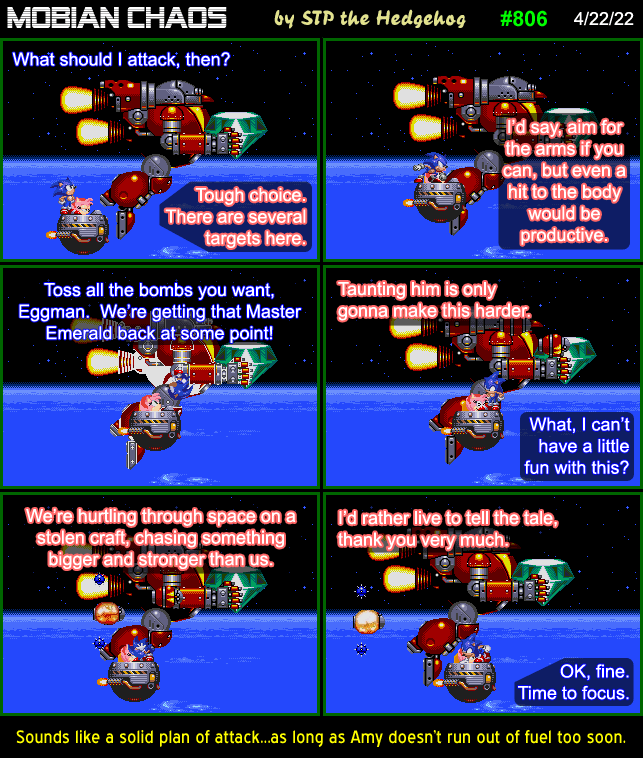 The next comic page may not come next Friday. I'll need to write out the script from now until the end of the story and determine how many comic pages to spread it over. I know I want the final page to be larger than six panels, so it's just a matter of determining how large. Larger pages, of course, take more time to script and create.
Edit Delete

In fact, STP, that's only happened 4 times in Mobian Chaos' history. They are...

I just saw that you're going to be writing out the rest of the comic from here on....I'm hoping that, in that, you'll also let us know what day we will see the final strip uploaded to here, just as a reference point for us.

Is there a chance you could do that?
Edit Delete Reply

STP the Hedgehog 5/1/2022, 21:00
Since you asked...the next page to be released (#808) shall be the story finale. It'll be bigger than a standard page, as I'd intended. As such, it'll take extra time to work on. I'll aim to have it released on May 6, but if it takes longer to make than expected, look for it on May 13.
Edit Delete Reply
Post a Comment